Our lengthy experience in the window industry allows us to guide and EDUCATE customers in the correct direction when they are selecting window and door systems.  They help them select the installation method that will be the most cost effective and maintenance free for the long term, for their replacement project.

Our certified Installers and Estimators have been certified by the eight manufacturers that Ferguson Industries, Inc. represents.

Ferguson Industries, Inc. can perform all installations including Pocket replacement, Full-Frame tear out and opening modifications on frame or masonry openings. We have done many commercial projects that include schools, churches, high-rise tenant occupied and office buildings.

We also offer factory pre-finished interiors and custom pre-finished products. All of Ferguson Industries, Inc. technicians are Lead-Based Paint Renovation Certified as mandated by the EPA.

Ferguson Industries, Inc., a Michigan Corporation that is registered to conduct business as a Foreign Corporation in the State of Illinois, was incorporated as a manufacturer of storm doors and storm windows in Michigan in 1975. In 1978 Ferguson Industries, Inc. created an installation company to handle dealer’s requests for a measure and install program. One of the new programs was the HUD Energy Weatherization Program, and in 1978 we designed, manufactured and installed a burglar-resistant window and door system for HUD with polycarbonate glazing.

During the 1980s Ferguson Industries, Inc. became a local (Detroit) distributor of vinyl replacement windows for Kensington Manufacturing Company, located in Vandergrift, Pennsylvania, with a sales volume of 600 windows; phased out the manufacture of storm doors and storm windows but became a distributor of storm doors and storm windows for Weather King Windows and Doors and Alenco Commercial Windows and Doors. In 1989 Ferguson Industries, Inc. entered into a joint venture with Edward Marable Construction Company of Detroit with whom we bid and received the largest window contract ever with the Detroit Board of Education for windows and installation at the Schools Center Building – a $1.8 million contract changed to $2.5 million with Change Orders. Within the next two years, we bid and won an annual contract of $2.3 million with the Detroit Board of Education for three schools.

Celebrating our 47th year in business

Current Google rating 4.8 out of 5 stars

Thank you for supporting 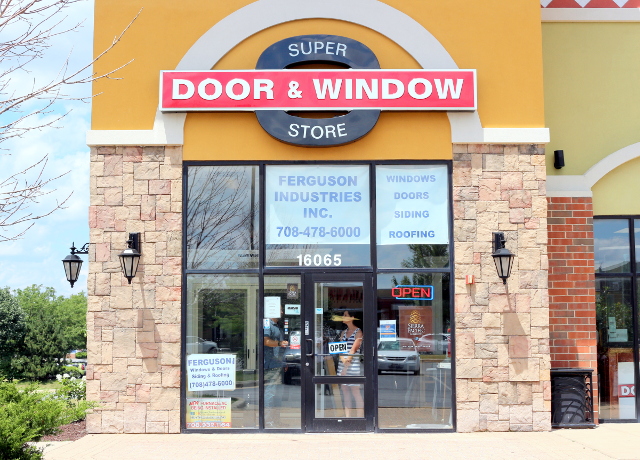